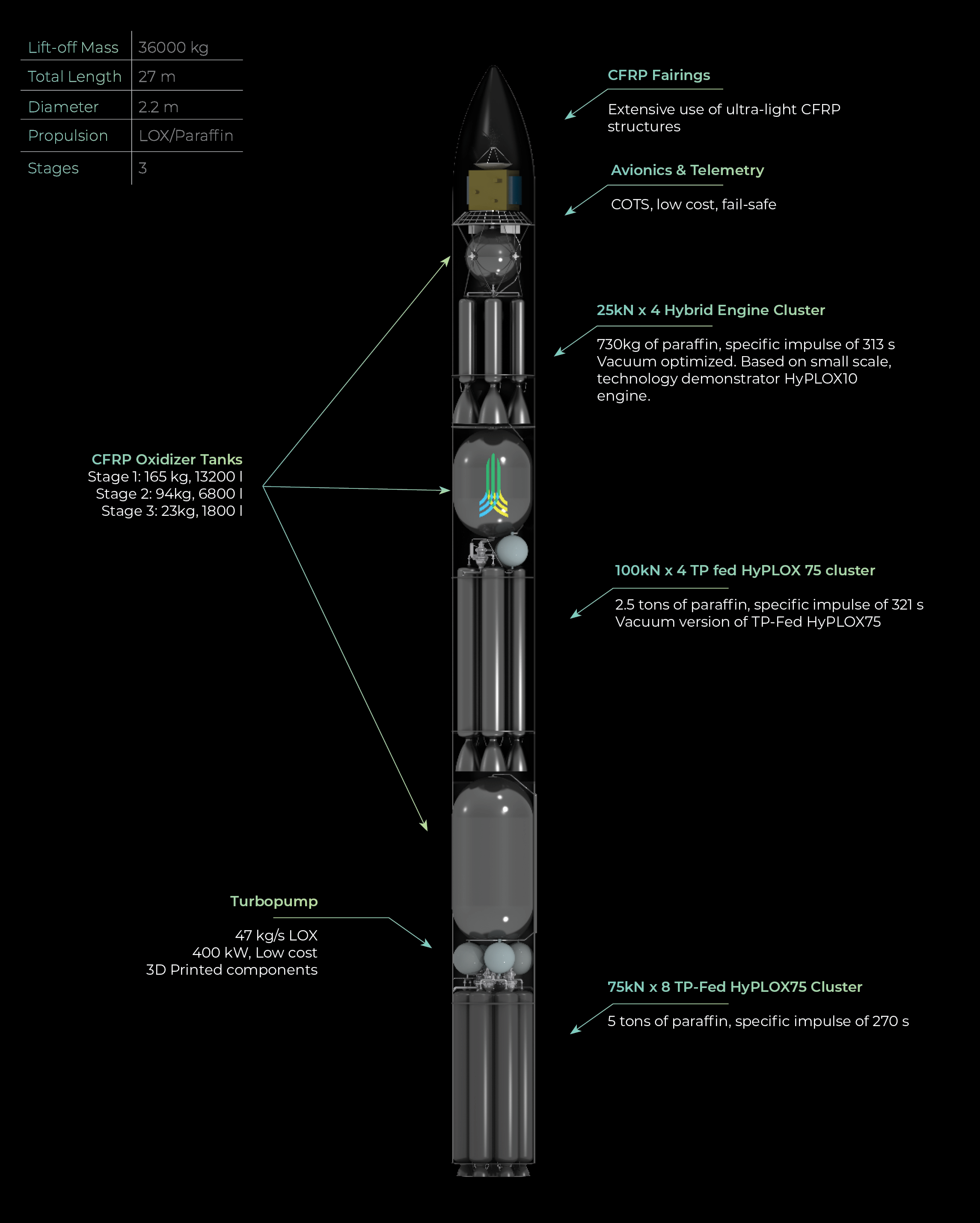 HyImpulse is developing a game changing, three-stage smallsat launch vehicle with hybrid rocket engines in order to transport, as the first European launch provider, satellites with a payload of up to 500 kg into a dedicated Earth orbit. Our hybrid rocket motors are especially suited for a rapid entry to market with very low cost of propellants (paraffin and liquid oxygen). The hybrid propulsion allows safe and flexible operation of the launch service. The SL1 will be based on the same hybrid rocket motor that is being used for the sounding rocket. Twelve motors of this type will be used for a single SL1, allowing serial production of the hardware. The propulsion system will be completed by a newly developed turbopump system for liquid oxygen, to bring the hybrid rocket engines to a performance level and commercial application, which has been never seen before!